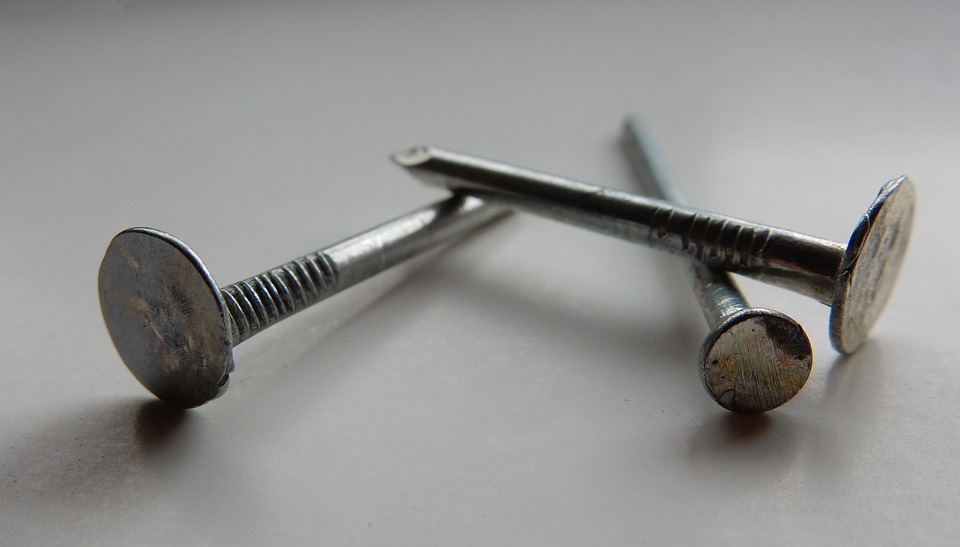 At the beginning of this pandemic I would have rated myself as having 6/10 DIY skills, yet here I stand after almost a year, confident that I’d now be closer to an 8/10. Above all else, I have learned a tremendous amount over the last 12 months and that has been one of the biggest achievements which I have made. Something I learned very early on, after an unfortunate incident with some stainless steel brad nails, has been the difference that exists amongst the types of nails which you can use for a variety of projects.

I falsely believed that the only difference in nail was the size, and also that each nail could be used for multiple jobs. I have since learned that this is most definitely not the case. If you still hold on to a similar belief, here are just some of the ways in which nails can differ.

The gauge of the nail is the width of its circumference and that is a very important part of understanding what kind of nail you are going to need. For example if you decide to use a heavy gauged nail for use with a light wood such as chipboard or plywood, then what you will very quickly discover is that the nail is going to splinter that wood and completely ruin your project. This is one of the most important things to understand when using nails.

The reason why brad nails are different from finish nails, aside from the gauge which they each have, is that one is designed to leave a clean finish once it has been placed into the timber, and the other is going to be visible once the project is completed, and will need covering over with a small piece of wood or with some wood glue. Depending on what you are creating, the finish of the nail is going to be mightily important.

There are a number of nail options based on strength which you can choose from, and that will depend greatly on exactly what it is that you are putting the nail into. If you are looking to put two hardwoods together then you are going to need a well built and strong nail, if you are looking to hammer plywood then a light nail will be enough. Again there are sometimes when you will be looking to use a hammer on a sheet of metal, and this will call for a sharp and strong nail.

The large majority of nails are designed in such a way so that they cannot be removed but there are others which have large heads that can hold items in place whilst adhesive sets, and these of course can then be removed shortly afterwards.

The moral of the story here is that no two nails are the same and before you commence a DIY job it is important that you have identified exactly what kind of nail it is that you need.