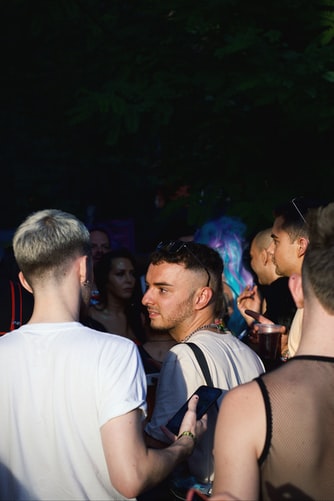 The History of Poppers

Poppers became popular in the 20th century. It was during the 2nd half of the 20th century that people started using poppers for recreational purposes. In the 1970s, poppers became a popular drug among the gay community. In the gay society, the drug became extremely famous because it was believed to make sexual experiences more pleasurable. Since then, it is not only a well known drug in the gay community, but also in the larger society.

Overview of What They Are

Poppers are psychoactive drugs referred to as alkyl nitrites. They are taken through inhaling. Once taken, they cause a “high” feeling that makes those who consume it very excited. One of the major reasons why the drugs are popular among users is that the effects manifest quite fast.

How Are They Used?

In the gay community, poppers are used for recreational purposes. Consumers of the drugs have to inhale it so as to feel their effects. Usually, they are stored in bottles. It is the fumes from the bottles that users inhale. Poppers are known not only as a sexual enhancer, but also for the intense excitement that they bring upon usage. Also, they are known to cause relaxation to the body.

The Effects of Poppers

Poppers induce a very fast reaction with the body. If a person takes it, there will be a manifestation of a “high” feeling that comes with a lot of excitement. In the same note, it’s important to point out that the effects that develop in the body after taking the drugs don’t stay for a long time. A few seconds or minutes will be enough for the effects to disappear. What happens upon usage is that there is dilation of blood vessels which causes a consumer’s blood pressure to drop. Once this happens, a person is likely to feel lightheaded and lose consciousness. Moreover, it makes the heart to increase its speed and also cause the anal sphincter to relax.

Poppers have various side effects that are worth mentioning. Here are the major ones:

The side effects of the drugs vary from one user to another since different people react differently to them. For instance, there are those who develop breathing problems while others don’t.

Poppers are used by different people but the group that uses them the most is the gay community. The reason as to why you’ll find them being popular among the gay community is that they are used as sexual enhancers. So, it’s apparent that it’s not only the gay community that uses the drugs, but also other sections of the society. It’s essential to mention that poppers are so prevalent among drugs users because of the extreme excitement that they introduce to the body upon usage. Legislation also limits users, for example poppers UK based sales are legal but other countries will restrict the sales of poppers within their country.

It’s significant to note that the drugs are easily accessible and that’s why they have remained popular since they were first discovered.