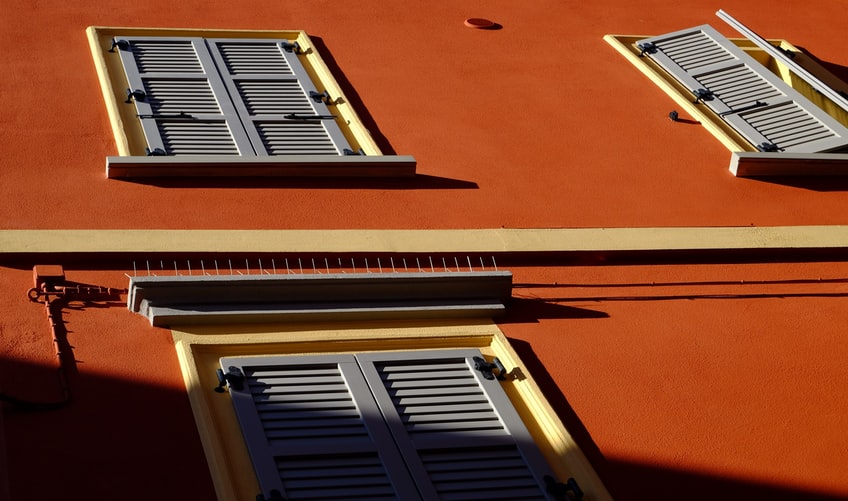 Shutters are very much in vogue and for some people the pure aesthetic appeal is enough to justify the purchase, there are, however, more than just the obvious gains from the installation of shutters.

Jenny Thorpe of Diamond Shutters told us: “People tend to forget shutters insulate, are secure, actually add value to your home as well as keeping out noise. We can also craft shutters to fit just about any window shape you want.”

Shutters can perform a function similar to double glazing in that they trap a layer of air between the outer window and the inner room. This is an impact not to dismiss out of hand as some studies have shown an up to 50% reduction of heat loss through the affected window. This can be especially useful if existing windows are single glazed or let in drafts. Some listed buildings will restrict what can be done in terms of changing windows so if it cannot be double glazed this is definitely a first port of call. Where windows are double glazed shutters will add even more efficiency to the thermal profile of your home. A further benefit of the insulating effect is saving money on heating bills.

If you go back 500 years in the past to Tudor England shutters were placed inside the windows to and swung back to allow light and air in, when closed it was common for a bar to be placed across them for security. Even now security is all about two major factors, deterrence, and prevention. Having a solid set of shutters across a window can make intruders think twice about the risks of noise and the extra effort to gain entry. This adds an extra layer of security.

3. Adding monetary value to your home.

Numerous studies have shown that having shutters is a simple improvement that adds real financial value to your home. This is down to both the insulating effect mentioned above which is certainly better than curtains or blinds and to the fact that so many people are looking for attractive features such as shutters from an artistic perspective.

Shutters can greatly reduce the amount of outside noise in a room. The materials often have properties that reflect or absorb the sound waves coming in. The difference in sounds before and after should be readily apparent to the ear and can be very dramatic indeed. This gives much more comfort and adds to the tranquillity and peace of a home environment. Shutting away the sounds of the street gives both better sleep and a satisfying sense of privacy in a self-contained bubble.

Building on Jenny’s point around the window shape it is important to remember some of the most attractive windows are not just right-angled shapes. They may have curved or triangular tops, there may be large, round portholes in your walls. In these cases if they are fitted with curtains or blinds those are often attached to straight rods over the window so when closed the architectural intent is lost, in addition the straight line can look jarring. Custom blinds can be made for a variety of shapes allowing you to enjoy the ambience as the designer intended.