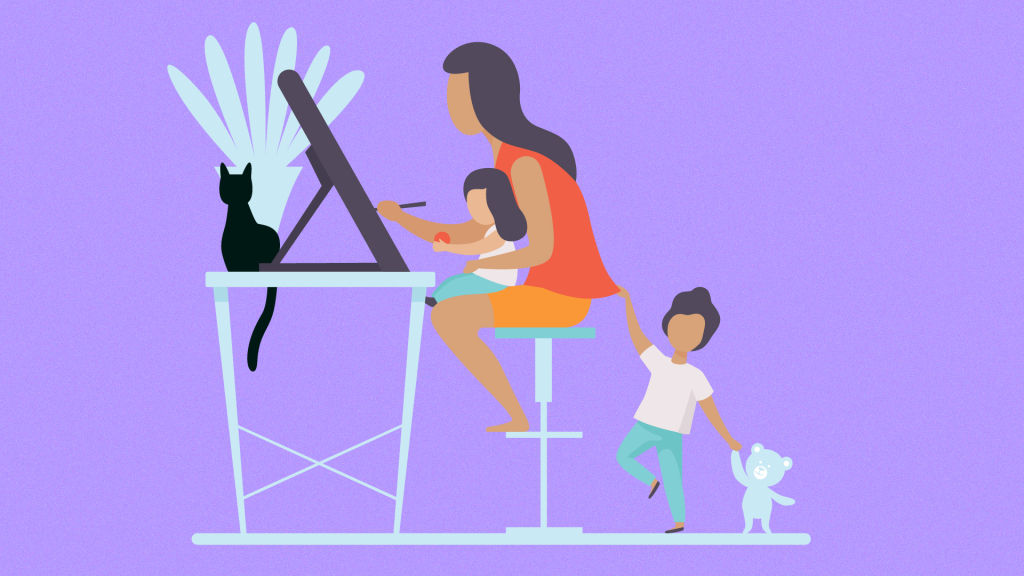 Back in 1975, only about 45 percent of mothers with children under the age of 18 worked outside the home. Nowadays that figure is closer to 71 percent. Unfortunately, despite the growing numbers of women in the workforce, working mothers still face serious challenges, including discrimination by employers and co-workers as well as the cost and limited availability of daycare.

In our culture, there’s an underlying, if outdated, sense that women who choose to pursue their careers instead of staying home with the kids are selfish, inept mothers. Conversely, gender stereotypes can lead employers to assume that these women are less determined than their colleagues, that they’ll need to take time off of work on short notice and be unwilling to travel for business due to their responsibilities as caregivers.

Numerous sociology studies have found that working mothers are held to higher standards of work performance and time management than women without children. One 2007 study, in which actual employers evaluated application materials for a pair of same-gender equally qualified job candidates who differed on parental status, found that mothers were often perceived as less competent and poorly motivated to succeed, and as a result offered lower starting salaries than fathers and non-parents. For men, parental status did not influence the employer’s evaluation. Is anyone else not surprised?

Dads, unlike moms, tend to benefit from their parental status. Antiquated social norms dictate men are the breadwinners, and so those with families often get treated more favorably. Fathers typically receive a wide range of benefits that are often withheld from working moms, namely promotions, job offers and training opportunities. They’re readily given larger slabs of bacon to bring home, if you will.

This phenomenon has led many jaded women to simply opt out of the workforce entirely, despite their ambitions. However, it’s not all bad news for mothers who want to, and should, have it all. Another recent study on how motherhood status predicts workplace incivility found that moms might actually have an unexpected edge when it comes to navigating that elusive work-life balance.

No, it’s not that these multitasking women become so adept at juggling a million and one responsibilities that eventually a schedule that might be daunting to some is child’s play to them. According to a new research study published in the Journal of Occupational Health Psychology, having children actually acts a sort of “buffer” that allows mothers to better cope with the stresses of working in a negative environment. Dividing oneself between multiple roles helps stave off depression, it seems.

The researchers, headed by Kathi N. Miner of Texas A&M University, based their findings on surveys of male and female law-professors. The legal profession is, admittedly, still a male-dominated one, so attitudes are particularly strict when it comes to prioritizing work duties over familial obligations. The participants—594 women and 640 men—took an online questionnaire that measured the level of incivility in their workplace, their parental status, satisfaction with their jobs, turnover rates, level of depression and sense of professional commitment.

While mothers of two or fewer children experienced about the same level of discrimination as non-mothers, women with three or more children reported significantly more incivility at work, lower job satisfaction, more symptoms of depression and more thoughts of quitting. That said, women with no children who felt mistreated at their jobs were even more depressed and less satisfied with their careers than mothers.

Interestingly, this trend did not hold when it came to the dads. According to those surveyed, fathers do have a harder time of it than men without kids, but being a parent didn’t seem to help men cope with workplace incivility the way it did among mothers.

True, it’s a dim silver lining, but better than none at all, we suppose? Of course, the real issue at hand is how to combat this unjust discrimination against working mothers and, more generally, women in the workforce. In an age where the nuclear family is no longer the norm, why are outdated social mores still dictating so many women’s professional experiences? The real subject of research, it seems to us, should be how the government can effectively implement more worker’s protections and put an end to these sorts of universally acknowledged injustices.