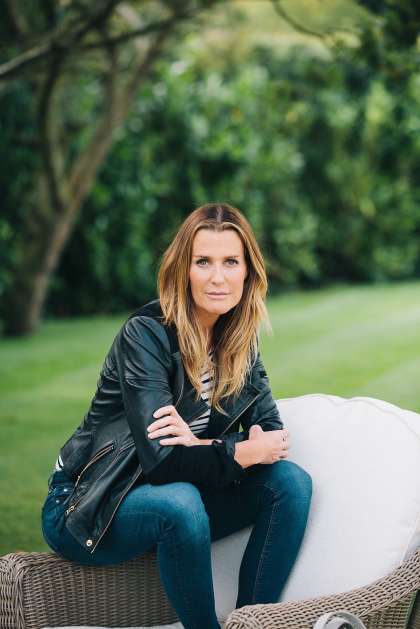 Who’s doing it? Who out there is actually still sending Christmas cards, in the good old-fashioned way, where you actually pick up a pen, address the card, lick the disgusting envelope, go to the post office, buy a stamp and send it? Hardly anyone, that’s who. But I am. And I am very bitter and twisted about it.

Months in advance I wrangle my five children into the same place, at the same time, and attempt to capture a moment where no one is actually murdering the other–which is tricky.Then you need to find the time to sit down with the cards, and write them out. (The idea of sitting down quietly with spare time on your hands is a quaint one, isn’t it?)  Then you go through your address book. And decide who is on the list and who is not (that bit is quite fun).  The address book is a rollercoaster. Fasten your seat belts! Coming across the name of a babysitter long gone who now has a family of her own is a painful reminder of how time is flying. Reading the names of friends who are now divorced (and who rather inconveniently can no longer share a card), or seeing the address of a beloved relative, who died several years ago, put the bitter in bittersweet when it comes to the holidays.

But despite the expense and the time, I grumble on. Because I believe this is my way of conveying my family’s Christmas spirit, as short-lived as that might be. Our cards arrive just before Christmas, when according to tradition, the cards are cleared away, generally into oblivion. But for that brief time my family’s message of love, peace and happiness lingers in the homes of those we care about. And not just on a screen.